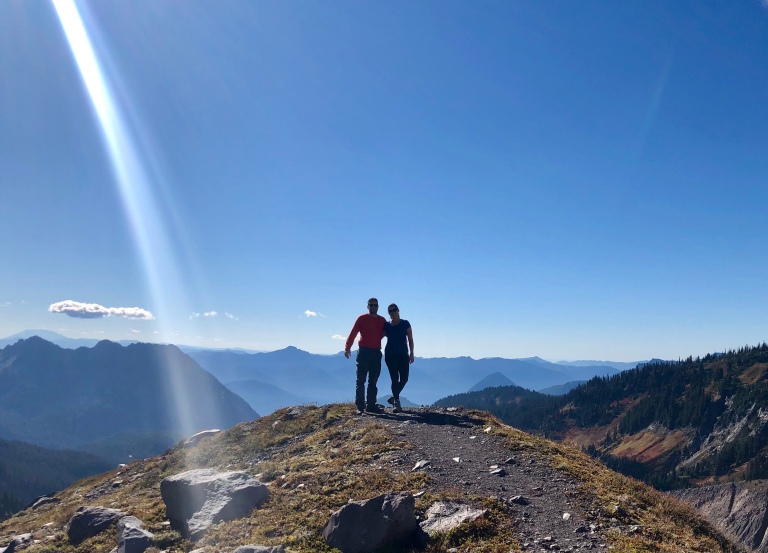 It’s not often that the weather is perfect on Mt. Rainier in Washington. It’s even less often that you get to spend three hours hiking in a huge glacial valley and not see another person. Earlier this October, Rick and I headed out to Mt. Rainier. He’s lived in Seattle for two years, and we hadn’t ever been, because even when it’s nice in Seattle, it’s snowing on Rainier. But this time we could actually see Rainier from the city, so the weather looked promising.

And boy did it deliver. Despite some detours for shoddy navigation (my bad), we made it to Paradise with plenty of daylight to explore. Parking was cramped at the Visitors Center, which warned us things would be crowded. After we doubled back to remember the boom wine (my bad), we set out to find Moraine Trail. 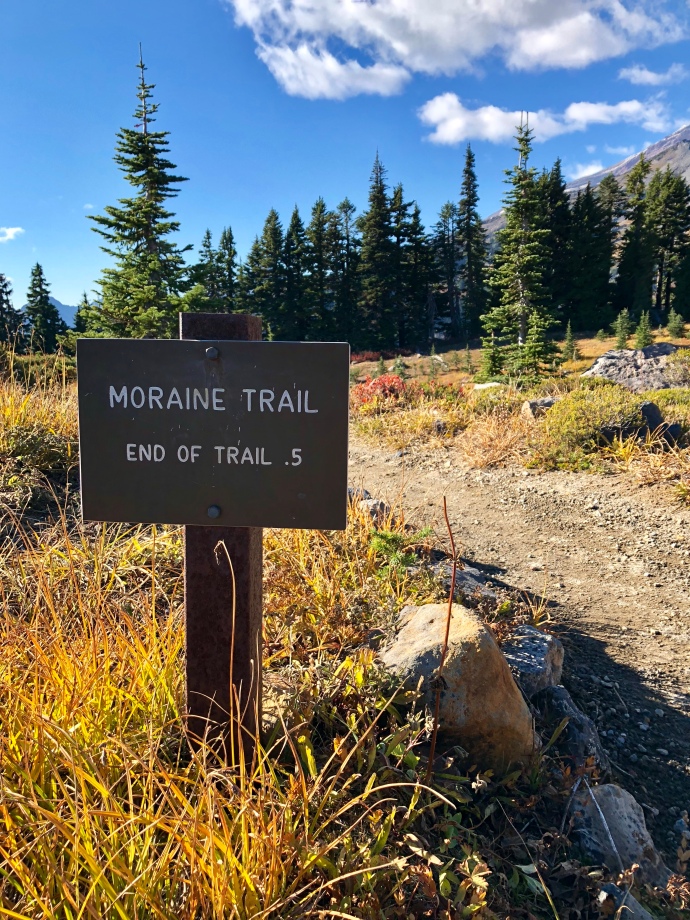 The concrete paths immediately out of the parking lot were full of families, but the Moraine Trail, about 1/2 mile in, was dirt. And then a few minutes later it wasn’t anything. Approximately one minute after joining the trail, we got to this sign:

And that’s when the adventures began.

Now, the sign didn’t say you had to stop and turn around. It just said to be nice. So we skidded down an icy stream into a meadow of fall colors, burbling streams and no. one. else. It was us and the massive Mt. Rainier. 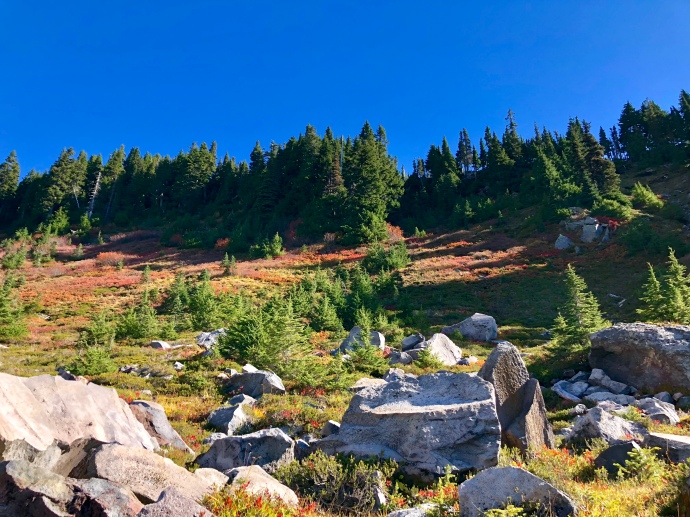 We stood there dazed for a while and then took full advantage. We took pictures, sat on logs, ate bugs (my bad), and generally acted like puppies. We scrambled to the top of the loose gravel hill in between us and the glacier. It was then that we noticed a path leading along the glacier path up to a small-ish hill. We knew without speaking that that would be our picnic spot.

The trail to said picnic spot really did line up with the very edge of the ridge. As we walked up, our right side was rocks and grass, the left was smooth gravel with no chance for purchase. If we slipped, we’d slide a hundred feet or more, with no way back up.

I am much more scared than I look

But we made it to the top because we are badasses, and the view was worth it. There still weren’t any other people in the valley, literally as far as the eye could see. Up close, Rainier looked more like Jabba the Hut rather than an imposing glacier, but there were still waterfalls and snow pack. As we ate and drank our reward, we even saw the glacier calve. 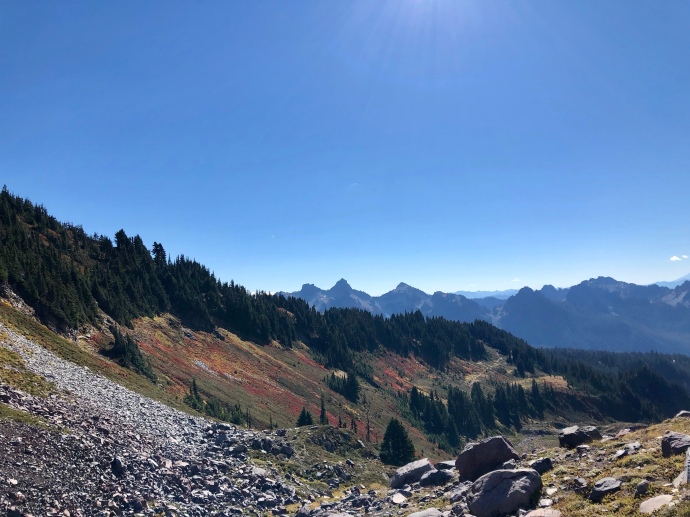 All ours, and ours alone

Look at that thing. Jabba. 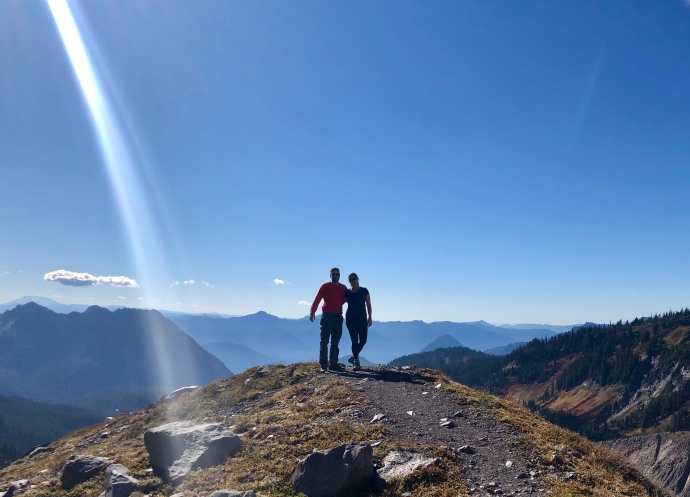 When we’d had our fill of photos and wine and chicken wraps, we danced our way back out of the meadow. We’d had an entire three hours alone with the mountain. As we came out onto the maintained portion of Moraine Trail, we ran into three consecutive sets of hikers. WE WERE SO SMUG. They would have a nice time, sure, but they wouldn’t get it all to themselves like we did.

It’s no wonder they call it Paradise.